It's been a while since I blogged, sorry.  I don't want to turn Alice's blog into a place where I write about senseless things like painting my nails and eating pizza but four months might be too long!

Today, it's been two years since we said our last goodbye to Alice. I can remember it like it was yesterday. Alice had requested a humanist funeral and the celebrant dyed her hair purple. It was a beautiful day - it snowed. Not that slushy stuff, but lovely, fluffy white snow. And where we went for drinks afterwards had a gorgeous dog and Cath Kidston curtains at the windows. It was a weird day, the sort that you wouldn't really plan, but I think Alice would have liked it because it was cosy.

I mentioned the Heart of Ulverston awards in my last blog. This was an important nomination for me as although I've won lots of awards, Ulverston is my home town and very important to me. I was very honoured to win my category which was for young citizen, especially as there was two other very worthy nominees. I just need to practise my public speaking as I'm hopeless when it gets to the speaking part. But it was a great night and once I'd accepted my award, I got to relax. 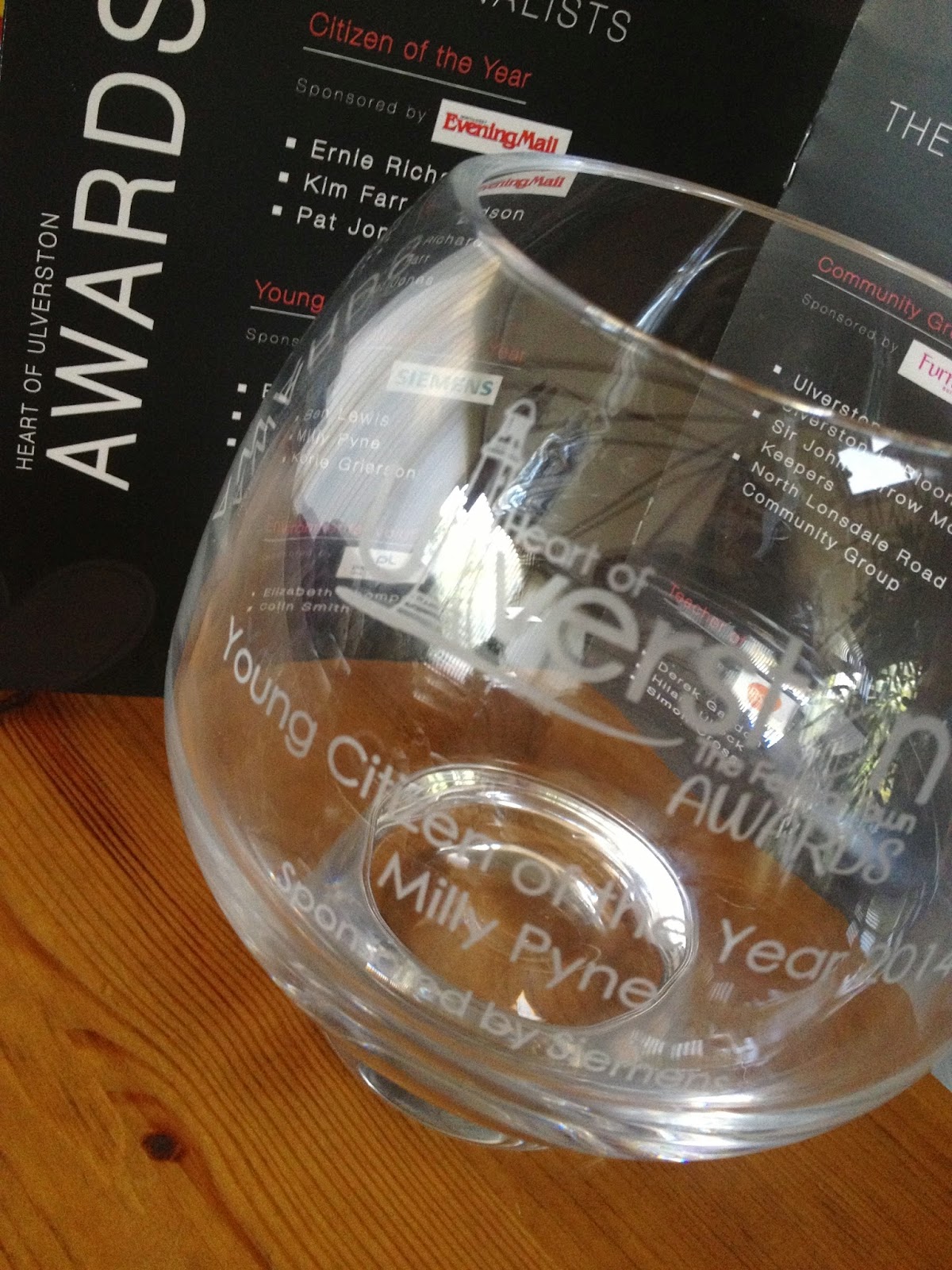 We held our first charity ball at the end of November. I know that a lot of people worked really hard to make it happen, but the whole thing was brill and I really enjoyed dressing up and having fun. The next day, on Saturday we wandered around Ulverston's Dickensian festival and on Sunday, in Alice's honour, we celebrated our Christmas in November for the fifth year. I got a GoPro camera from Mum and Dad which was top of my wish list. It was a special weekend, because our American friend, Amanda, was staying with us in the UK and got to share it with us.

Alice's birthday was next and we had a lovely time with Paul and Leigh at Emma Bridgewater in Stoke. It was one of Alice's favourite places to go and she spent a lot of time there when she was having treatment, so it felt right. We lit a candle for her, ate cake and painted pots #19InTheStars 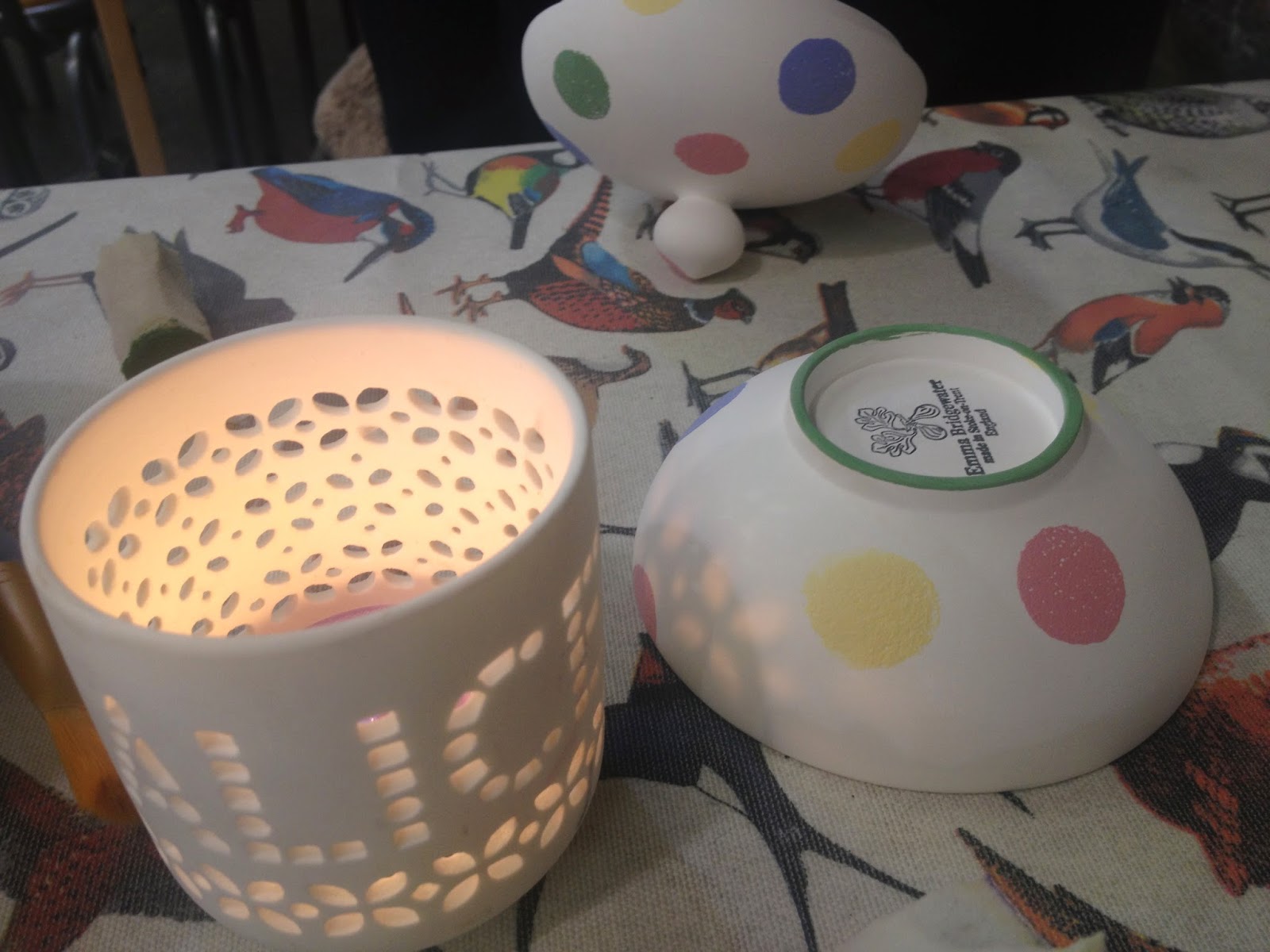 We don't really celebrate 'real' Christmas anymore. It's not the same without Alice and it's so commercial anyway. Last year we went skiing and this year we decided that we needed to go somewhere hot, so we spent Christmas in Cape Verde, which is a collection of islands in the Atlantic ocean, off the coast of Africa. There wasn't much there, but there was a beautiful beach that you could walk miles along and the people were so lovely. I took my surfboard with me, but the ocean was a bit vicious and I didn't spend that much time out there.  We spent Christmas Day on the beach and went for a long walk which was nice and relaxing. 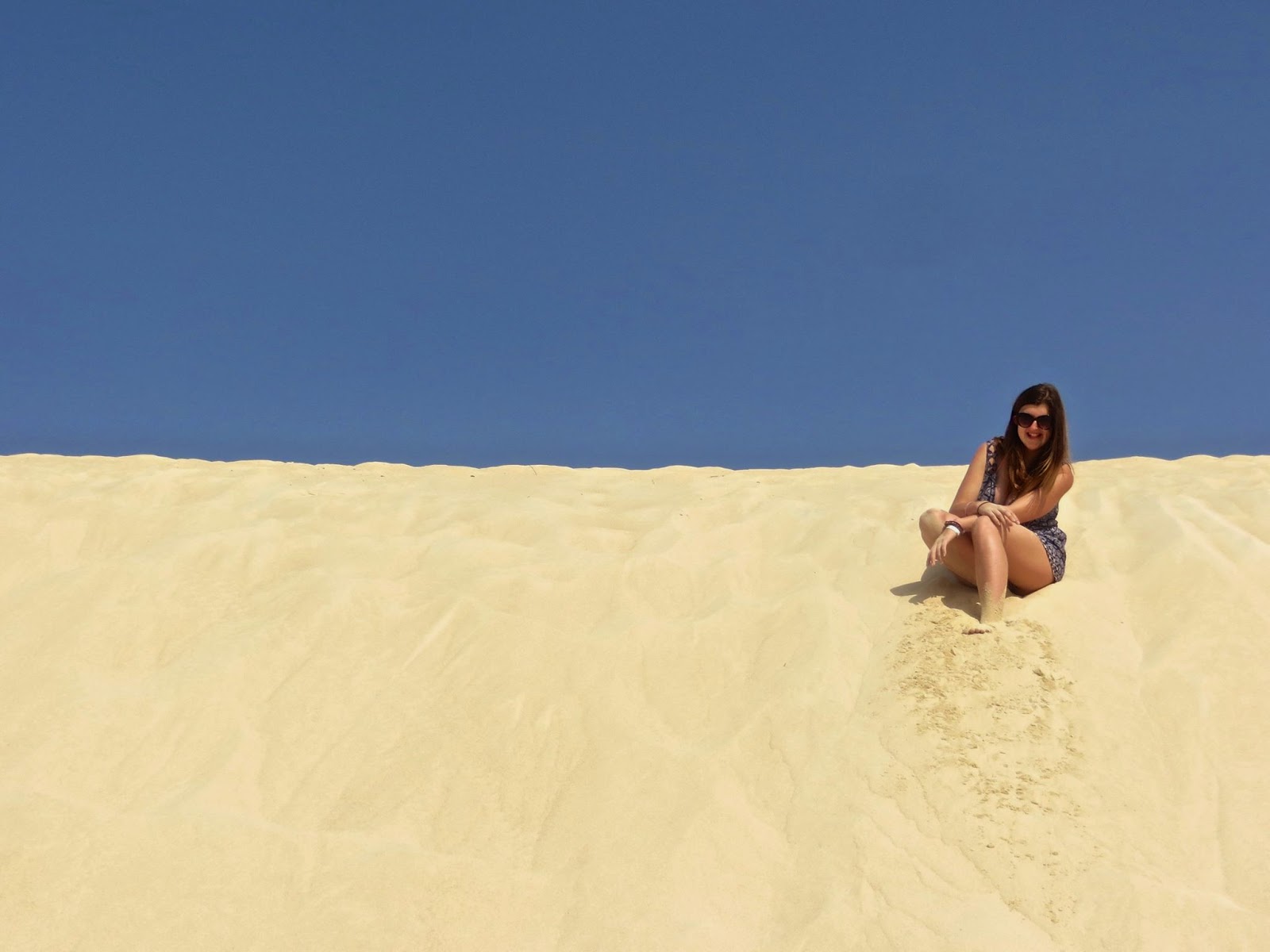 Earlier this week was Alice's two-year anniversary and thanks to Phil, who is a friend of our charity, we were lucky to spend some time at the Coppermine Cottages which are half way up Coniston Old Man. Just like last year, we spent Alice's day on the mountain with the dogs and toasted her with champagne. I made a video of our day - it's not perfect because it was freezing and blowing a gale, but I hope you like it and it captures a bit of our day - MY ALICE DAY VIDEO 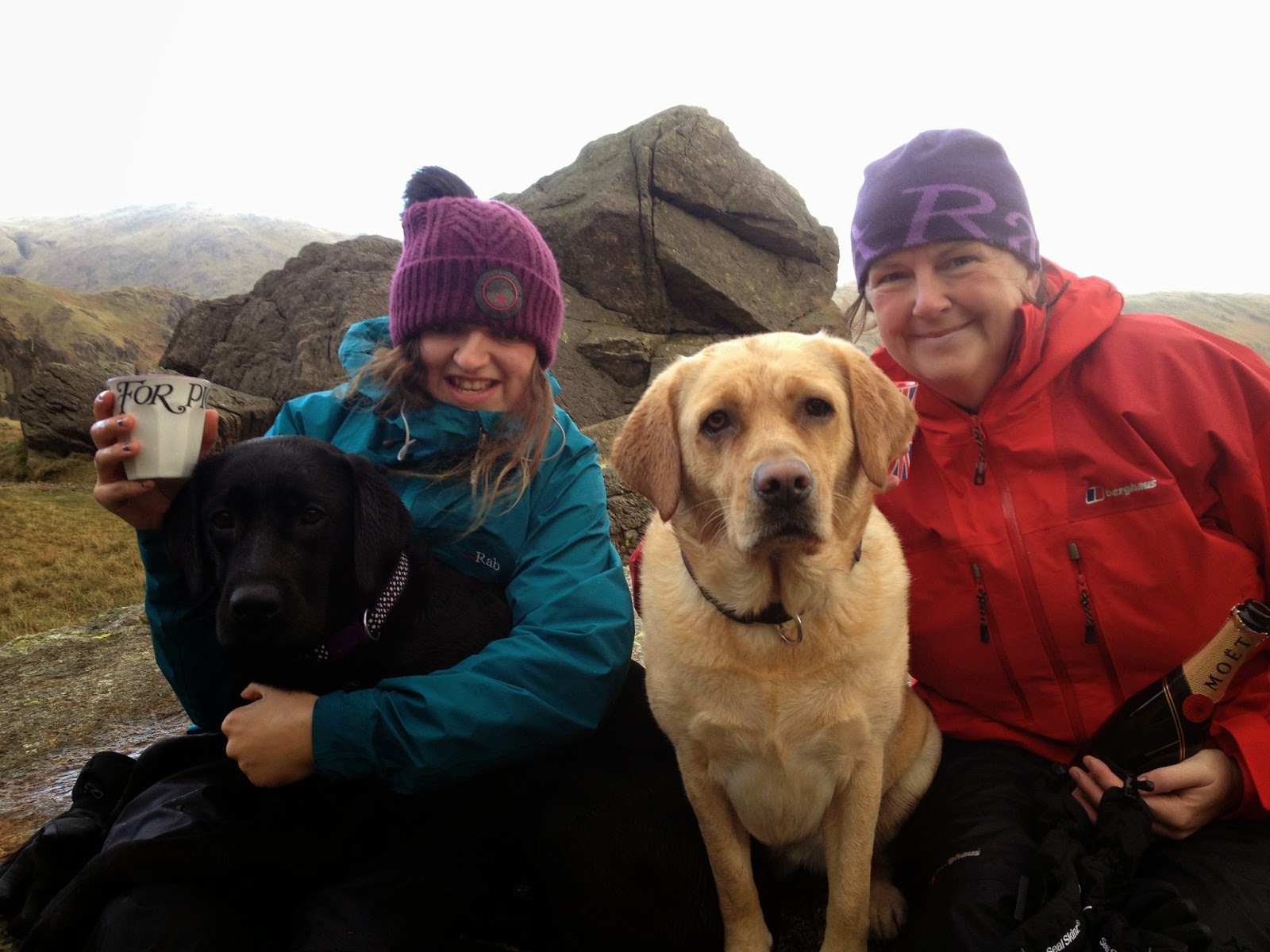 I've been studying hard for my exams which are quite soon now. I spend half of my time with a book in my hand so it won't surprise you that my favourite subject is English, closely followed by art. I'm reading Wuthering Heights at the moment - it's an intense love story but I'm saddened by Heathcliff's self destructive journey. Alongside Wuthering Heights, I have two works to study for my GCSEs -   'Of Mice and Men' and 'Romeo and Juliet'. Very different but both tragic!

I'm still at Oxfam and still doing things for Alice's Escapes, although it's fairly quiet at the moment and I'm trying to make sure my school work doesn't get behind.

I've been hooked on the documentary 'Walking the Nile'. If you haven't seen it, it's still on 4OD and it is really, really good. Basically, Lev is documenting his attempt to be the first man to walk the entire length of the Nile, along the longest possible route, which is almost 4,000 miles. WOW, I'd love to do that but doubt I'd be able to and probably wouldn't have the courage anyway! So, at the weekend, Mum surprised me and I got to go down to London and enjoy an evening out with some of the team, including Lev and Boston (so now I know that they survive)! 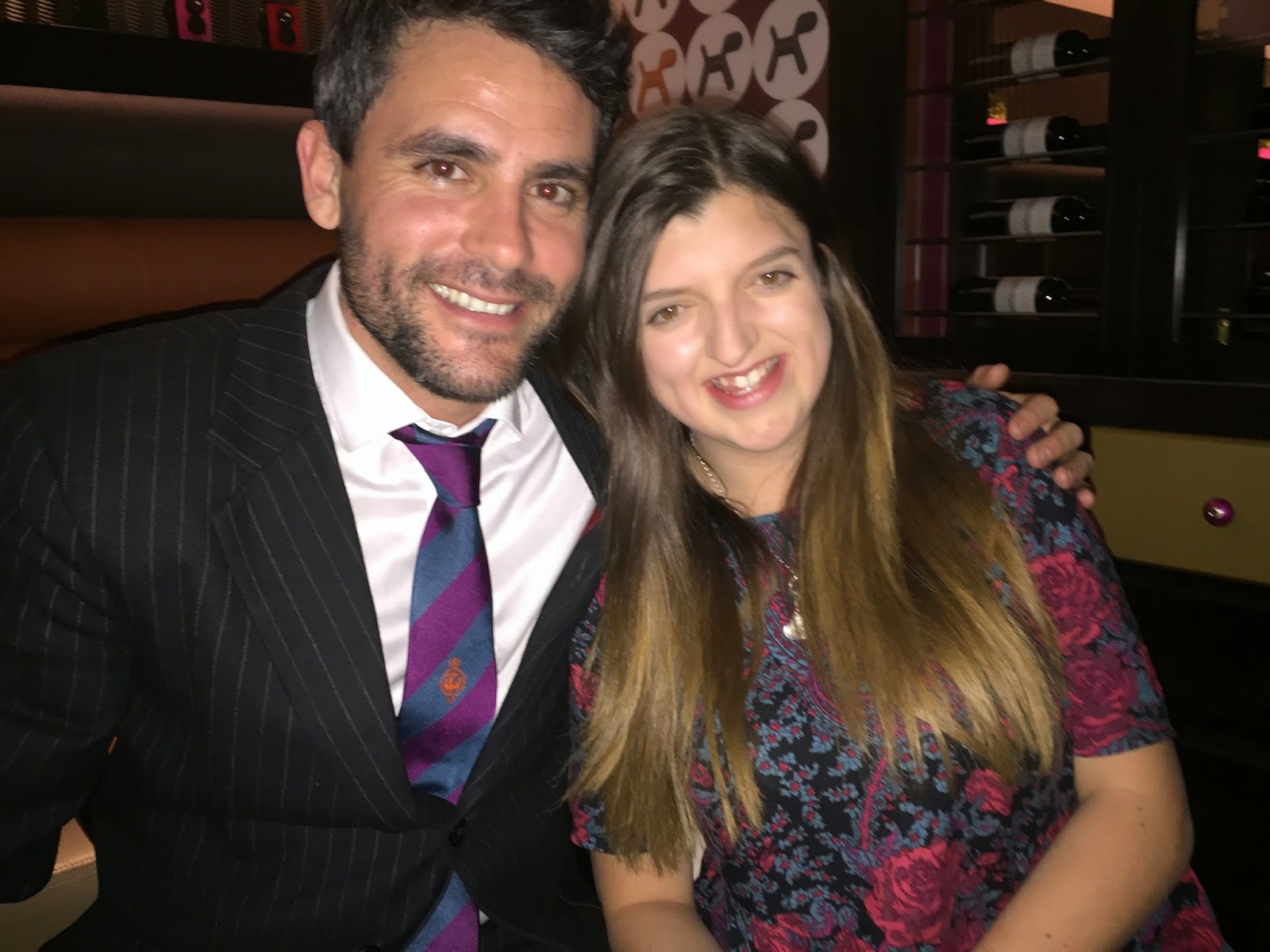 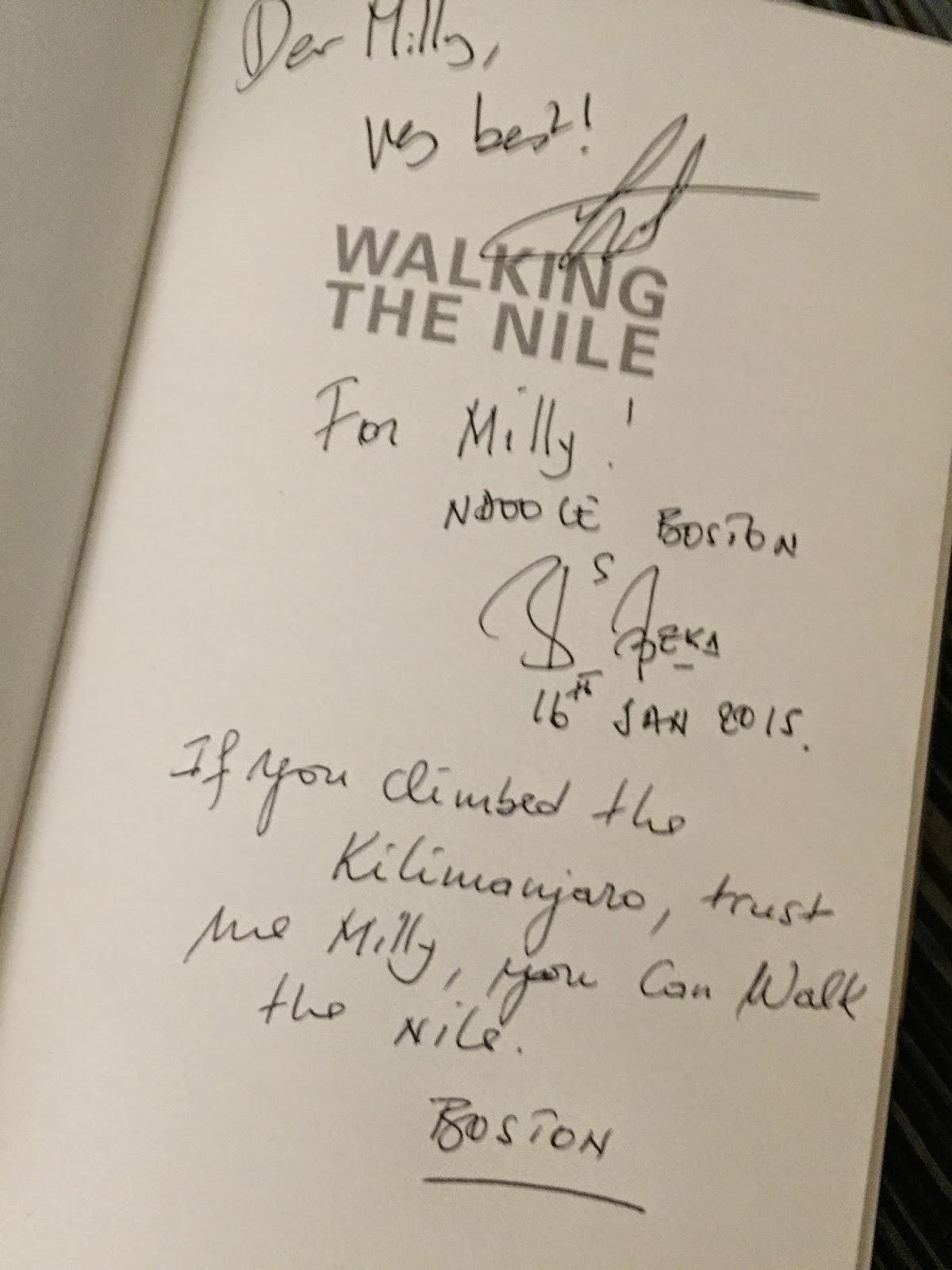 During the February half term, I'm excited to be flying out to stay in New York City and also visit our friends in Rhode Island. I've been to New York before but it's a big city and I've not done all of it. I've found out that Romeo and Juliet is being performed by the New York City Ballet on the week I'm there so we're going to try to get to go along.  Then, at Easter, I'm off to the French Pyrenees to do some walking, so hopefully get to play with my GoPro again :)

May will be K2B time again, so I need to do some serious training (and even more serious fundraising) and, before I know it, it will be summer and I can get back to Cornwall :)

Hope you are all doing okay, will update again in a few months.
Love Milly x